The Port of Los Angeles is America’s Port®, the nation’s premier gateway for international commerce and the busiest seaport in the Western Hemisphere. Located in Los Angeles Harbor on San Pedro Bay, 25 miles south of downtown Los Angeles, the Port encompasses 7,500 acres of land and water along 43 miles of waterfront.

For the last decade, the Port has also been at the forefront of revitalization of the LA Waterfront, improving public access to the water, developing public-friendly amenities and infrastructure, and transforming the harbor shoreline into a world-class visitor destination. The Port also supports abundant marine life in a variety of habitats: from the pelagic habitat (the open water column); the soft-bottom habitat (the sand and mud harbor bottom, beaches, and eelgrass beds); and the riprap and piling habitat (rocky shoreline, pier pilings, and kelp beds). Weighing a California halibut on deck Intertidal survey on the breakwater

The Port of Los Angeles, in cooperation with the neighboring Port of Long Beach, studies these biological resources in year-long, harbor-wide surveys of animals and plants, conducted every five years at more than 40 points throughout the two Ports. The latest 2018 survey, actually conducted from April 2018 to March 2019, involved dozens of scientists and technicians who collected and analyzed samples of fish eggs and larvae, adult and juvenile fish, bottom-dwelling animals in the sediments, and scrapings of rocks and pilings. They also conducted diver surveys, measured the kelp and eelgrass beds, conducted bird surveys, and noted marine mammals in the harbor. Over 56,000 fish were collected, nearly 50,000 individual birds were identified, and over 62,000 tiny animals were separated from sediment and scraping samples and then identified and weighed. How Do We Sample Underwater Habitats in the Harbor?

How do we collect data on the animals that live underwater? Watch the video to find out more!

Check out the photos below of our sampling crews in action on the
Biosurvey Study! (Click the photos to enlarge)

To learn more about the 2018 surveys explore the links below 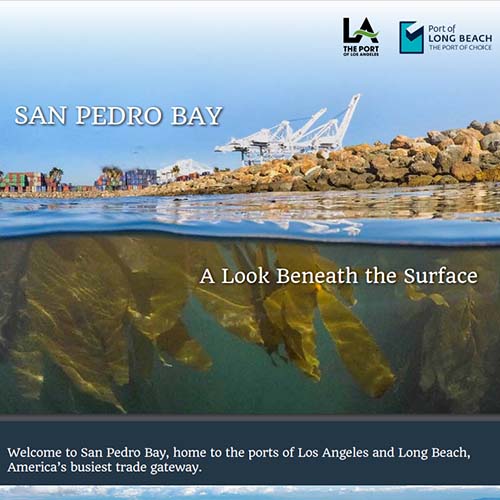 BROCHURE:
San Pedro Bay: A Look Beneath the Surface 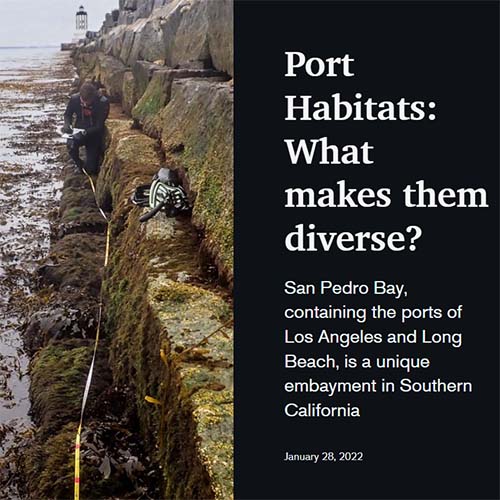 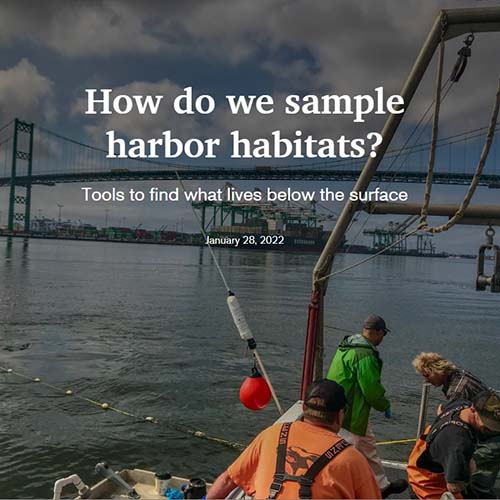 STORYMAP:
How do we sample harbor habitats? 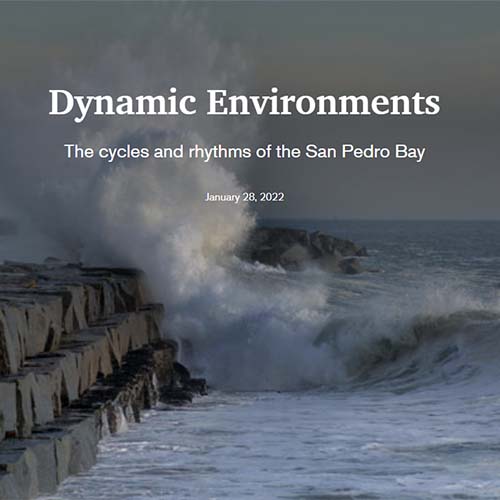