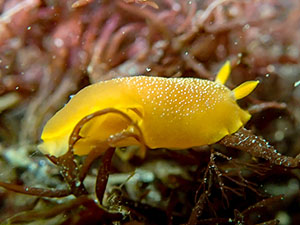 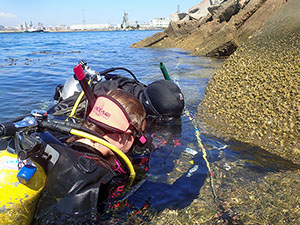 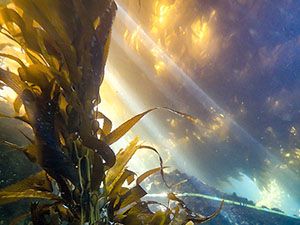 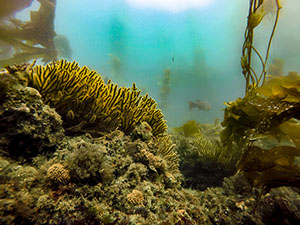 Most of the shoreline and the breakwaters of the Port Complex consists of rock dikes known as riprap, which represents nearly 50 miles of rocky shoreline. These areas protect the harbor from waves and provide shelter for fish and invertebrates that can hide in the crevices and caves created by the rocks, while algae and animals like oysters can attach to the surface of the rocks.

The riprap in the outer harbor supports kelp forest habitat, one of the most diverse habitats in the harbor, with over 35 acres of kelp forest mapped in the summer of 2018. Kelp forests are considered one of the most productive habitats on earth, so their presence in Los Angeles Harbor is a valuable contribution to the overall productivity of the harbor. The large riprap boulders in these areas promote the attachment of giant kelp, soft corals (gorgonians), and scallops. The riprap also creates large crevices and caves that provide refuge from predators for invertebrates like urchins, abalone, and lobsters as well as fish such as garibaldi, surfperch, and horn sharks. Giant kelp creates vertical habitat, similar to trees in a forest, forming a canopy on the water’s surface. The kelp forest provides extensive habitat for fishes like kelp bass, blacksmith, and rockfish while also creating a valuable feeding ground for birds and marine mammals.

The “microhabitats” within riprap habitats such as caves, crevices, rock faces, rock-to-sand transitions, and kelp canopy promote high diversity in these areas.

Test your knowledge of microhabitats by playing our game!

Scroll through the gallery below to view photos from the riprap habitat!